der-Projekt-Sanierer.de / the-Project-Doctor.com
Home » all » On the Trail of Causes for distressed Projects and ongoing Project Crises

In my article this year in May (Why projects in distress are rather written off than recovered) I described my impressions and considerations about restraints to refer to neutral and competent help in distressed situations. 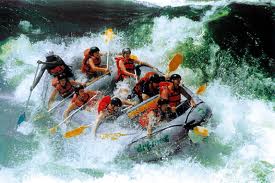 Different treatment of crisis situation at companies vs. projects

When companies are in trouble it is obviously a matter of course to bring a crisis-proven consultant (“Turn-around Manager”) on board to apply leverage with his independent insights without mind cuffs and get the company going again. However at troubled investments and projects, even if they are immensely expensive or strategically important, the accountable managers unequally do harder to confess the fact that they are tied up in dangerous waters which they are not able to get out by own means and their project management without significant losses. To all instants and purposes this seems not understandable, as a failed or cancelled project leaves no value to anybody; it’s just an expensive write off, isn’t it? Why then, with the same matter of course, don’t they instead ask an experienced external professional how to yet safeguard at least some benefits and ROI at the troubled project?!

After the broadcast of my article in October I received a lot of feedback and intensely discussed with many colleagues and clients. I now would like to summarize the results here, and to keep the discussion stimulated widely spread. Ideally I’d like to consolidate feedbacks here to provide the information to all participants and interested people. Therefore I’m happy if you adopt my stimuli from the various media and then use the comment functionality here for an intensive, multi-level discussion.

So, what findings about the treatment of projects in distress did I manage to collect?

But nearly all troubled projects and investments have one thing in common: With a small effort and a little bit of impartial support they could be led to a reasonably successful result – much cheaper than if continued as is ! Bringing project partners stuck in positions back to objectives, and achieving agreement on cooperation with concrete, expedient measures would already be „half of the rent“. Within the project there is mostly the willingness to proceed so, the openness has to take place in the accountable management’s heads.

Now it’s your turn. What, in your experience, are the biggest road blocks why projects are still rather written off than recovered? Write your comment, provide your input to a discussion of which we all can learn and profit !